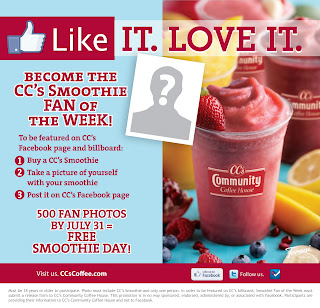 Now that I have your attention, here's how we can ALL get a FREE Smoothie in September:

CC’s CoffeeHouse recently launched an all new line of smoothies in four flavors (Strawberry, Strawberry Banana, Mango and Superfruit). To help spread the word on their new smoothies; CC’s developed a fun facebook campaign. They are asking customers to buy a smoothie and upload a photo of themselves with a smoothie to their Facebook page (www.facebook.com/ccscoffeehouse).

One photo a week will be selected as “CC’s Smoothie Fan of the Week”. That fan’s photo will be featured on CC’s Facebook page as well as digital billboards throughout South Louisiana. If they get 500 fan photos by August 31, CC’s will host a Free Smoothie Day for all customers in September. The date will be released once the goal is reached.

Let's all do our part to get CC's Free Smoothie Day. I would love to know if anyone makes their Fan of the Week. How cool to see your face on a billboard! 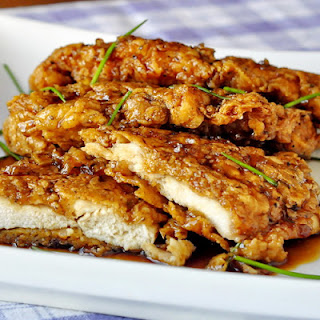 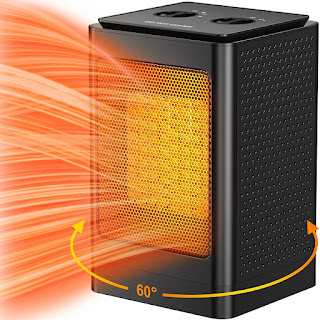 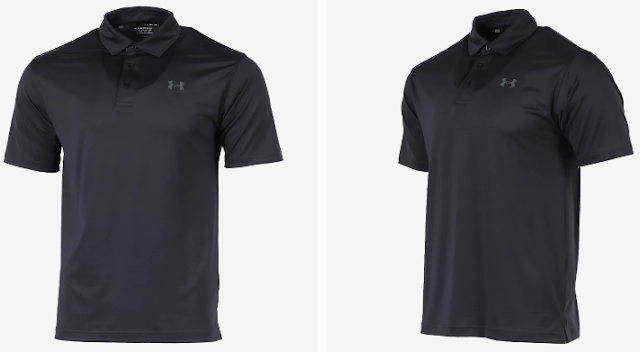